There are many medications that are necessary for our health and well being which can have side effects related to our eyes. If you are taking one or more of these medicines your family doctor may suggest a periodic eye examination. At Volunteer Eyecare we are prepared to assist you in this part of your medical eye care.

AMIODARONE (Cordarone) is a medicine used for cardiac arrhythmias. It is highly effective for rapid heartbeats. Amiodarone has been associated with corneal opacities. A characteristic ‘whorl’ is seen on the lower third of the cornea, the window to the eye. These are usually not visually significant, but in unusual circumstances Amiodarone may need to be discontinued if vision declines.

PLAQUENIL is an oral medication that is taken for rheumatoid arthritis and other similar diseases. Plaquenil can cause changes in the macula, the center of the retina. Patients who take Plaquenil are seen at intervals corresponding to the amount of Plaquenil they need to take. For example, patients taking 200 mg of Plaquenil are generally seen once every year. Patients taking 400 mg of Plaquenil are usually seen twice every year. Your Volunteer Eyecare doctor will examine the macula for signs of Plaquenil toxicity. It is likely that you will have a photograph, like the one here, taken to establish the baseline appearance of your macula. Periodically, a test called a “visual field test” will be performed to look at the health of the retina surrounding the very central macula. You will be asked to identify a red spot when it enters your central visual field. Recent changes in guidelines for following Plaquenil toxicity require an OCT retinal scan to be taken. Volunteer Eyecare has the most advanced OCT instrumentation available. 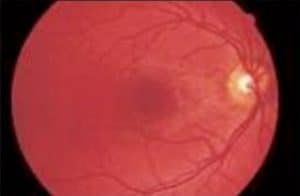 STEROIDS such as Prednisone, Decadron, dexamethasone, and others are useful in treating many different types of diseases. Whether these medications are used topically as eye drops or taken in pill form or injected, they have been associated with elevated pressure in the eye (which can cause glaucoma), and cataracts. The risks of these side effects are significant, and most patients will need to be seen periodically by an eye doctor while they are taking steroids. If the steroids are being used to treat a significant health or life threatening disease, your Volunteer Eyecare eye doctor will usually opt to treat the side effects so that you can continue to take this very important medicine. 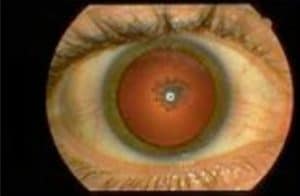 INTERFERON is a relatively new medicine, which is used to treat hepatitis, organ transplant rejection, and certain types of cancers. Interferon has been associated with inflammation on the optic nerve called optic neuritis, as well as inflammation in the retina called retinitis. These problems will usually resolve simply by stopping the Interferon. 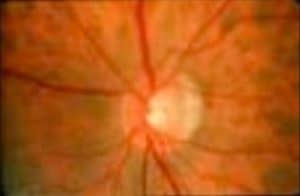 VIAGRA and similar medications have been associated with some visual side effects and recently have been associated with vision loss. Viagra is a medicine used to treat erectile dysfunction by changing the dilation characteristics of certain blood vessels in the body. Men who take Viagra occasionally notice a blue tint to their vision while the medicine is active. Recently there have been accounts of vision loss associated with non-arteritic ischemic optic neuropathy, essentially a stroke to the optic nerve. It is not at all clear whether Viagra and associated medicine like Cialis are in any way a cause of this vision-threatening problem. The blood vessel problems responsible for NAION are similar to the blood vessel problems which are found in men with ED. If you or anyone you know should be experiencing vision changes while taking Viagra they should be urged to discontinue this medication and see a qualified eye doctor as soon as possible.

GILENYA (aka fingolimod and FTY720, previously known as Gilenia) was approved by the US FDA on Wed 9/22/10 to treat relapsing forms of MS. It is administered as a once-per-day 0.5mg capsule. Gilenya is the first approved oral disease modifying treatment for MS. Combined data from a Phase II study and two Phase III trials showed that Gilenya reduces relapses, disability progression, MRI lesion activity, and brain atrophy progression (loss of brain tissue). Gilenya is generally safe and well tolerated. One of the possible side effects from this medication is macular edema (fluid swelling of the retina in the back of the eye) that causes blurred vision. This rarely occurs and usually it develops within 3-6 months after starting Gilenya. It will improve with discontinuation of Gilenya. Patients will be required to have an eye exam including a test called optical coherence tomography (OCT) prior to starting Gilenya, and 3-4 months after starting treatment. Patients with diabetes and uveitis are at increased risk for macular edema from Gilenya.