Ready to Go Back to School? - Volunteer Eyecare 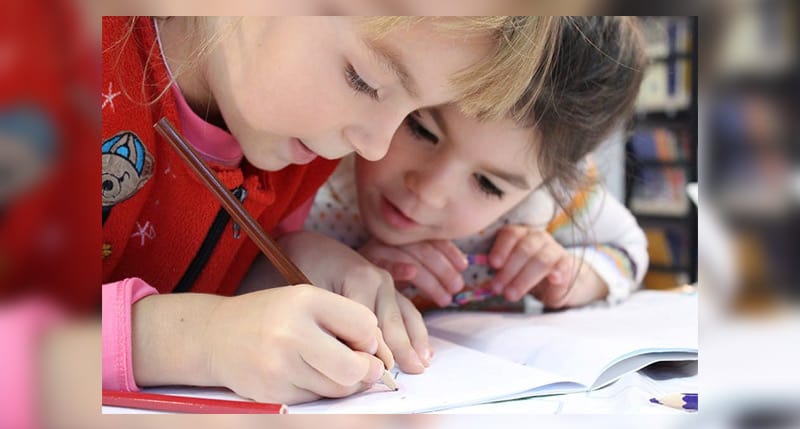 12 Aug Ready to Go Back to School?

Posted at 16:25h in Optical News by admin_eyeshop 0 Comments

Is Your Student’s Vision Ready to Go Back to School?

It’s back-to-school season! If you’re the parent of a school-age child, you likely have a list of supplies and are busily checking off items to make sure your student has everything they need for a successful school year.

But are you forgetting the No. 1 most important item on every child’s back-to-school checklist? Good vision! If you haven’t made an appointment for your child’s annual comprehensive eye exam, now’s an ideal time to do so.

Kids don’t have “jobs” as such, but that doesn’t mean they’re not working hard every day – their “job” is to work at learning the skills necessary to succeed in life. One of the most important tools they possess to accomplish this job is their vision, which enables them to learn to read and write, play sports, observe and learn from what’s going on in the world around them.

August is Vision & Learning month. This national observance has the goal of increasing awareness among teachers, educators and parents about the epidemic of misdiagnosed or undiagnosed vision problems that can cause students to struggle in the classroom and grow into adults with similar challenges in the work setting.

80% of Classroom Learning is Visual

The American Optometric Association says that as much as 80% of a child’s ability to learn and adapt occurs through their vision system. If there is a vision problem that goes undiagnosed and uncorrected, a child isn’t able to learn and function to the best of his or her ability.

Here’s another factor: Children don’t know how their vision is “supposed to look.” For example, if they see everything around them as a blur, they can’t possibly know they’re not seeing the same as everyone else, because they’ve never experienced seeing clearly with crisp visual acuity. And kids won’t tell you they’re not seeing very well, both because they don’t necessarily realize that fact and also because they may feel embarrassed about it.

While it’s important for kids to be able to see 20/20 on the visual acuity scale, that’s not the only facet of vision that plays a critical role in learning and in life. There are 17 visual skills that come into play for your student to see and learn their best. These include eye movement control, eye teaming, peripheral vision, depth awareness, color perception and eye alignment. If any of these vital visual skills are compromised and it isn’t detected and therefore can’t be corrected, your child’s visual learning skills will likely suffer. It’s an unsettling statistic: One in ten children—that’s about 5 million kids in the U.S.–have an undiagnosed eye or visual problem that is considered significant enough to impact their ability to learn.

According to the College of Optometrists in Vision Development, school visual screenings provide less than 4% of the eye and visual tests needed to ensure that children see well. In addition, such screenings can miss up to 75% of children who need correction of a visual problem to thrive. This means that there is a virtual epidemic of children who aren’t seeing their best in school due to ongoing undiagnosed eye and visual problems that impact their ability and performance in the classroom.

Sometimes vision problems are misdiagnosed by school screenings, causing kids with poor eye teaming skills to be considered as having Attention Deficit Hyperactivity Disorder (ADHD) when in reality, they can’t read well because of a vision problem. When eye and visual problems go unidentified, they often get worse. If this happens, your child could fall behind during the critical time when their eyes and brains should be working together efficiently to help them learn the most.

Is Your Child Seeing His or Her Best?

Now’s the time to make an appointment for your child to see your optometrist for a comprehensive eye and vision examination—before classes start. Your optometrist will perform a range of tests to determine whether your child’s eyes are working well together and providing the visual acuity and range of perception that empower your child to see and learn his or her best. Don’t wait – our appointment calendars fill up fast this time of year, but your child’s vision is critical to success in school and in life, so it’s important to make an appointment.